Kelle Sutliff is a Psychic Medium, Author and Guest Radio Host. She does readings for clients all over the world and every year she predicts the upcoming years events with much accuracy. She even predicted the Clinton/Trump ticket with a Trump win as documented in The Boston Herald in 2015. Sutliff also uses her gifts to help find the missing. It’s another exiting year and 2020 is a year of opportunity. 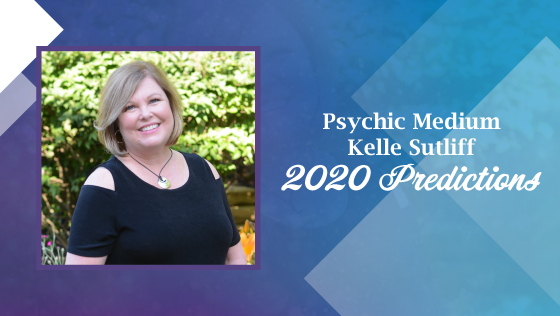 I predicted Donald J Trump as the 45th President and I always saw him as a 2nd term President. Trump wins again 2020 — He will be challenged by one old school Democrat which is Joe Biden and one extreme socialist Democrat which is Elizabeth Warren. The United States is not a socialist country so she will lose the ticket. Joe Biden will have the Democratic nomination. The 46th Presidency in numerology is a 1 ( 4 + 6 = 10 1 +0 =1) which means new beginnings, new starts. In the 45th Presidency it was a term of endings for a nine year (4 +5 = 9) Those endings were also a discovery of the past truancy within the Obama and Clinton administration. In The United States the last four years have had lots of deaths in the political agendas from both parties. The next presidency shows more togetherness and working for the common core of this country. It will never be divided like it has been the last 18 months. In 2020 it will show the discrepancies of the last 7 to 8 years so expect more exposure of the “wool being pulled over the American citizens eyes” It will turn out to be a sad story in our history books. The Election Night in The United States will be close again so get your popcorn ready! I am not so sure we will even know the winner of the election until a day later similar to Gore and Bush ticket.

Political changes in almost every country when it comes to elections, it will be upsets. The Mayor of London Sadiq Khan is out due to all the terrorism of last year in London – no confidence in electing him again.

Will have a rocky year and Saudi Arabia will get involved on this turf and sanction war. I see many countries not just the United States even Russia saying, “No more to this tirade of destruction.” There will be many negotiations over the next 12 to 18 months. Of course terrorism attacks three to four to be exact. I keep hearing President Trump saying, “not on my turf”. Iran hopefully chooses to talk in this future round table of peace, as our 2020 world today is not one of an old regimes anymore. We are not a world that will allow this.

The year 2020 is the year to invest and grow your portfolio. There is still more growth to come in a booming stock market, this will help President Trump get elected despite the daft coup of impeachment. He will not be impeached. High tech companies and manufacturing will be booming along with the plastic and recycling business. Silver and Gold strong, Libra Facebook currency along with Krypto currency feels like “fool’s gold” not the real thing. The European Markets will have a better market than the last two years but still not as strong as the US Markets for investments.

There will be a lot of protesting in 2020 to get this organized and modified. “Modified” is the key word for this to take place. Like Trump Boris Johnson British Prime Minister will surprise many on how well he will handle his role with Brexit and keeping “his eye on the prize” a betterment for the country by March and April better modifications which leads to growth of the economy by Spring 2020.

China and The United States

It will be a ”tug of war” still with sanctions but by July of 2020 agreements are finally won by The United States. Other countries may pull back on trade with other countries to make it an even playing field. The same theme across the world is no one will be taking advantage of our country some countries taking the same stance as the United States did with China. Remember, we are a four year in numerology for 2020 (2+2=4) In Chinese Numerology a 4 can often mean death or ending but in this year it also means money future planning.  That’s why you will see so many people working on investments and planning for their future and working towards new ways to obtain economic growth including countries.

Australia will have world aid for the destruction of fires in this country. Again the world in many forums come to support our earth. You will see many new initiatives come together to protect our world and it is not called “Global Warming”. It is a Global Environment Initiative to protect our forests, lakes oceans–Earths all natural habitat. It will be like the Aids Awareness Campaign in the 80’s but with so many governments participating. Mother Earth is shifting, and it is time to be prepared for some earth changes. When she is dry expect nature to react with Earthquakes in Japan Dubai and CA and expect hot summers everywhere! Because of this overuse of electricity it will create brown outs, have a generator handy. August will be brutal.

They say, that 2020 is the true beginning of “ The Age of The Aquarius” well I tend to believe this too. We have all shifted personally and grown in our soul directions. So you have asked for the new opportunity so here it begins… This 4 year is a year of planning and implementing so do not waste your time in not doing so! You will also be tested with in your spirit to follow your path but so what? That creates the growth you wanted – right? Nothing will be handed on the silver platter this year. You will work towards that goal, but the reward will taste that much sweeter won’t it? So many people will be drawn into their soul path that year of good connection. It may not come in a deity of a church, but it will come with in your expansion of who you are and whom you have always intended to be.