One of the Hardest Good Byes Is To Our Fury Friends

On March 13th 2020, along with the pandemic Corona virus hitting our world. We had to put our beloved Pembroke Welch Corgi down named Mable. It is one of the hardest but humane choices you can do for an animal that has loved you unconditionally for their lifetime. We called her sweet Mable and that she was.

As my kids said, She was our “Athlete Dog” and followed them through every sport-playing ball with them. Lacrosse, Football and Soccer while they grew up. She was a baler! Your hand would wear out before she would stop playing! She loved to run and have a purpose. She was a true herding dog.

Then came the squirrels! 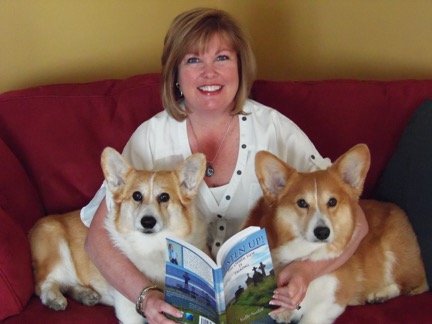 My husband Tom would yell the word “Squirrel” when he saw them attacking the bird feeder and out the door she would run! She never caught one but “Boy Oh, Boy” she knew her job. I won’t share what happened to the chip monks that kinda had a different ending… She loved to run after the kids” her sheep”. She was the dog that the kids grew up with. They used to play this game called “Bait” basically hide and seek. I would hold her while they would hide… I would say, “ Go Get Em Mable” and she would take off like a rocket and find every single one of them in the yard! It was a hoot.

In the corgi world she also had the fattest corgi paws and biggest ears around. As she got older, and her step wasn’t as fast. You would hear “kerplunk, kerplunk” over the hard wood floors with those big paws leading the way.

I am firm believer that animals know when their soul is ready to leave just like we do. She had gotten quite sick all of a sudden up until then she was holding her own. My kids were all coming back from college due to this pandemic and she truly waited for them. She easily could have passed the day before being so ill.

We just loved on her and talked to her and one look into those eyes she knew. I am a big believer in signs. I kept asking spirit “Is she ready?” I gave my sign asking for a blue bird to be shown to me. Then as I looked out the window two blue jays swooped in to the bird feeder. That sign gave me comfort, but on the way to the vet was one significant sign, I will never forget. 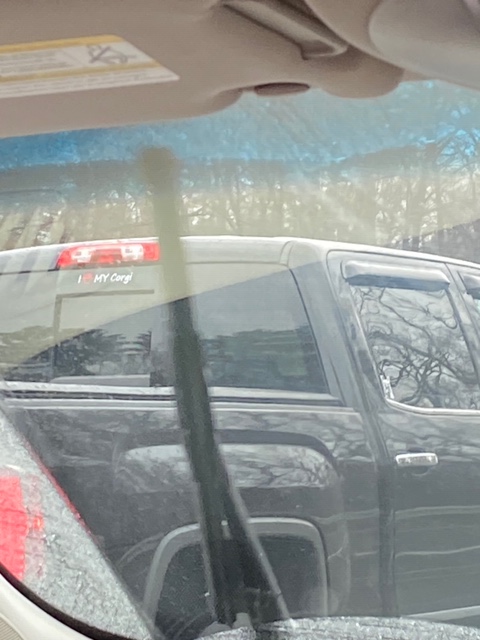 We are on the highway the kids all in the car with Mable and I said, “Look at that black Pickup truck next to us?” The kids looked on the back of his cab. The driver had a decal that said, “ I love my Corgi” with a picture of a Corgi on his side window! It was not” I love my lab” or “I love my retriever.” It was” I love my Corgi,” as they are not a common breed. It surprised even me as prior to us seeing the car decal I was telling the kids my blue bird story and the truck pulls up next to us. Our guides will always give us lots of confirmation if we would only pay attention and are open to receive it. This was a great example.

Our Veterinarian Tracy and her Vet Tech Michele came in on their day off to assist in Mable’s transition with all of us there reassuring her that she was safe and loved. I don’t know how I did it but, I was able to talk and her last words she heard were “Go see Maxine,” “ Mable Get that Squirrel and “Go Get the ball!” Then I felt her hop right over to Heaven.

A few days later my daughter Haley heard our puppy Millie barking in the living room. She never barks. Haley heard a” kerplunk, kerplunk” as she walked in the room and looked up to see a flash of Mable! There she was sweet Mable appearing to us showing everyone she is okay and probably sending Millie a message “Don’t forget I’m still in charge!”

Our animals will often appear to us just like our loved ones do. Yes, you are not crazy. It really is them; they show up to comfort you.

People often ask me do animals come through in readings and I can 100 percent say. Yes. I will get details of them and possibly who is with them and it gives such comfort to my clients.

So to answer your question,” Do all dogs go to heaven?” My answer is this:

Yep, they sure do.