Kelle Sutliff, Psychic Medium Predicted The N.E. Patriots Super Bowl Win and President Trump as the 45th President of the United States: See Her Predictions for 2018

This is the year all about partnerships, hope and promise for the good of self and mankind.

“Many people will change their lifestyle. It’s a great year to lose the extra pounds and create a new body. Remember this year is everything partnering – new business, new relationships, and NEW YOU!” says Kelle Sutliff Psychic Medium. 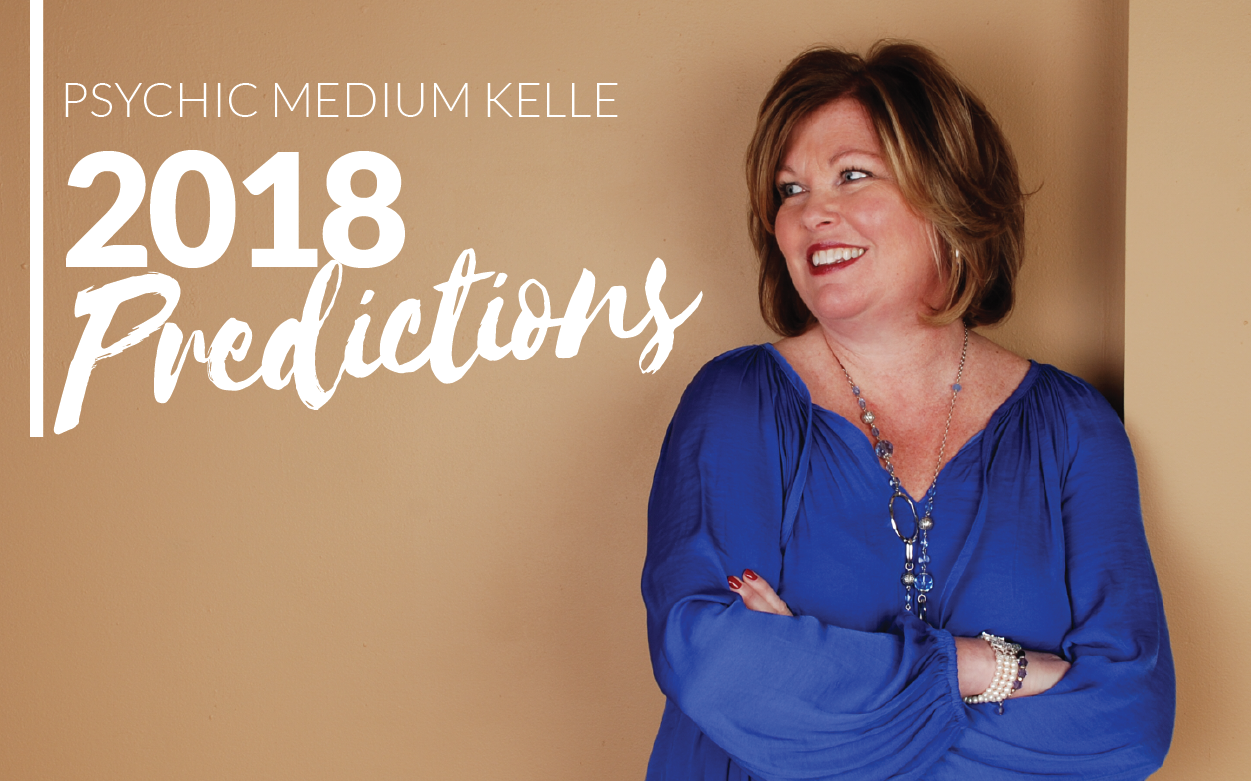 Media
2018 brings on a new attitude. The media and people will start to learn to be more respectful and civil. On certain days it can be trying – do we live in a gossip column world or do we want honest factual reporting? No more hypersensitive reporting. The world doesn’t care for it and ratings will drop significantly for certain biased stations even more so then last year.

A major news outlet will be hit with a huge defamation lawsuit that will almost ruin its network. Pay attention to fall of 2018. This suit will shape up all news media. “If it can happen to them it can happen to us. NEWS GAME CHANGER,” she adds.

Misconduct
More perpetrators to come out in Hollywood, Politics, and Media regarding abuse towards people in the workforce, even women, being exposed for their actions in 2018. “The universe is cleaning house in these types of industries so the illusion is currently being taken away especially the first three months of the year,” she says.

World
Countries partnering, remember it’s the year of the partner (#2 Year). British Prime Minister Theresa May and Chancellor of Germany Angela Merkel are working a lot together. Their countries will strategize on what to do with the implosion of immigrants coming into their countries.

Europe will put together a task force in dealing with the proper vetting of illegal aliens. Countries like France, Italy, Sweden, and Germany on board with this, almost UN like but in a different form, again another partnering, she adds.

Big caution around socialist countries working more like communist deity –”It is not a good look and no one in that land is going to stand for it, seeing even more frustration in European and even Canadian countries in 2018 especially in July and August and September,” said Sutliff.

Watch for water and soil contamination of land and oceans, but good news on the science front — there will be big science break through in kidney repair dialysis and new versions for diabetics to take insulin with less needles.

Economic Growth
Americans can count on a strong economy with more growth than the past 10 years.
2018 economically feels very 1978ish. “You are going to see it as a strong economy year based on GDP (gross domestic product), money earned and spent by society, and The Gross National Product on the rise, too,” stated Sutliff.
Financially it will be a great year. Jobs and investments are back and it will continue with lots of companies partnering and merging.
“Get ready to build, build, and build,” she says: lots of infrastructure work on subways and bridges and highways.
The boating industry and seaways will become productive again – part of capitalism this year.

Presidency
President Trump tweets calm down (kind of) and he will continually be investigated until year 3, then it’s a wash. He’s on point in growing this country. He will go through lots of cabinet members like former President Obama did. More cover-up found on the Clintons in 2018.

Natural Disasters
Our earth plate is shifting, so no surprise for earthquakes and volcano eruptions. South Pacific areas specifically hit a lot around full moon cycles for the year. Poor California continues to struggle with dry lands and recovery.

Prayer
Many religious groups coming together in prayer, a very unique unity: a symposium of ministers, rabbi’s priests, monks all religious gathering to pray for the good of our world.

Royals
It’s a Boy! For Prince William and Kate but this baby looks like his Mom, lots of dark hair. They will eventually be a family of 4.

About Kelle Sutliff
Kelle Sutliff is one of the few psychics in her industry who predicted Donald Trump’s win over Hillary Clinton as documented in The Boston Herald Nov. 2015. She has been seen on Fox ABC CBS NBC networks She is often a guest on radio programs around the world. She has been featured in several print media stories the latest being Working Mother Magazine Nov 2017 She wrote an award-winning book” Listen UP The Other Side IS Talking” and her new book will release in June 2018. Sutliff lives in Boston, MA with her family and two Corgis Mabel and Moe. psychicmediumkelle.com for more information.