Top 10 psychic Networks by Rosa Perez in Psychics in the News January 5, 2016 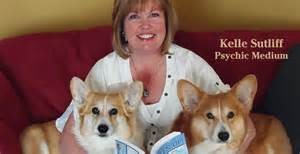 On November 8th of 2016, Americans will get to elect their next President of the United States, the 45th one to be precise, and according to a psychic medium named Kelle Sutliff, it very well may be Donald Trump who ends up getting elected based on her predictions.Sutliff made this prediction, along with several others, back in November, about three weeks before the Paris terrorist attacks. Read Full Article Here